Sports Neymar Reveals Why He Dumped Barcelona for PSG

Curators
For Sale - One Bedroom Executive Flat - Lagos (NGN37m)
✅ NEW - car park, swimming pool, 24 hours light/security and more.
Ad
Neymar has spoken for the first time, since he became the most expensive player in the world. 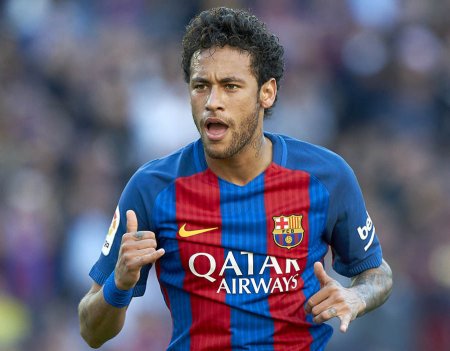 The 25-year-old’s release clause of €222million was activated by Paris Saint-Germain on Thursday and Barcelona confirmed that they have accepted the offer.

Neymar has been officially unveiled by PSG and he spoke about his move shortly afterwards.

“PSG’s ambition won me over, coupled with their passion and energy,” the Brazilian forward said.

He has signed a five-year deal with the Ligue 1 giants.

Curators
He does not need other reasons... look at the numbers!
M

curator said:
He does not need other reasons... look at the numbers!
Click to expand...

No player will say he's moving for the money, even if they are going to China

Thank God, I know for sure he will retire to China in next two season