Curators
FREE Nigerian Business Directory
✅ NEW - get your business listed and your information shared across social media.
Ad
Nigeria Football Federation is in contact with French born coach, Paul Le Guen with a view of taking over the Super Eagles ahead of the crucial 2018 World Cup in Russia. 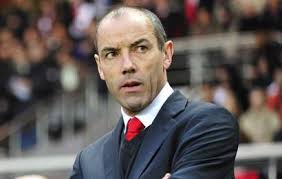 A highly placed NFF official disclosed yesterday that a window of discussion with the former Nantes and Paris St Germain defender is open and barring any unforeseen circumstance, he will be named chief coach of the Super Eagles.

Le Guen who made 17 appearances for France was relieved of his duty by Oman in November 2015 and is available.

The 52-year-old rescued Cameroon’s World Cup 2010 after the Indomitable Lions faced the danger of not appearing at South Africa 2010 tournament.

Le Guen took over from coach Otto Pfiser and led Cameroon to famous away wins in Gabon and Morocco to earn the Camerooo qualification.

NFF vice president Shehu Dikko had indicated that a coach will be named for the national senior team within two weeks.

“The target (to hire a coach) of the technical committee and the NFF is two weeks so we can get down to preparations,” Shehu Dikko, second vice-president of the NFF said.