The executive board of the Nigeria Football Federation(NFF) on Tuesday lifted the bans placed on Victor Rumson Baribote and Olaleye Adepoju. 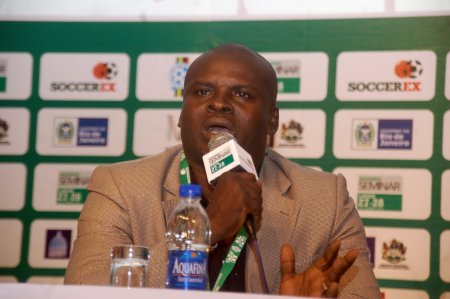 It was in agreement with the peace deal brokered by NFF to have the court case instituted against it by the wife of Baribote,who last month obtained an injunction against the football federation.

Both Baribote and Adepoju were placed on varying bans by the impeached president of the NFF,Aminu Maigari,however with the Bauchi State born football administrator no longer in play,the decision was today rescinded.

It was expected that former General Secretary of the NFF,Taiwo Ogunjobi would equally have his own ban lifted,but the NFF wanted confirmation that he was withdrawn the suit he filed against them at the Court of Arbitration for Sports(CAS)

"The ban on former Member of NFF Executive Committee, Chief Taiwo Ogunjobi will be lifted once communication is received from the Court of Arbitration for Sport that he has withdrawn his case. Other banned persons will have their cases reviewed as soon as they appear before the Committee.”

All the previously banned NFF members,would once again resume their duties in their positions before the bans.