Curators
FREE Nigerian Business Directory
✅ NEW - get your business listed and your information shared across social media.
Ad
Former coach of Cameroon, Paul Le Guen, is set to be named the new permanent coach of the Super Eagles, in time for the final round of the 2018 World Cup qualifiers in October. 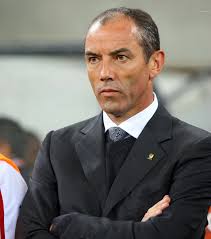 According to Complete Sports, Le Guen who was sacked as Oman’s head coach last November, has agreed a three-year deal, which will see him pick up $50,000 a month.

The former Lyon boss, has also requested for an apartment in Lagos as against the proposed Abuja.

Le Guen’s salaries will be paid by one of the Nigeria Football Federation (NFF) sponsors and he could pick former captain of the team, Austin ‘Jay Jay’ Okocha as his first assistant.

Nigeria has been without a substantive coach, since Sunday Oliseh resigned from the role in February.