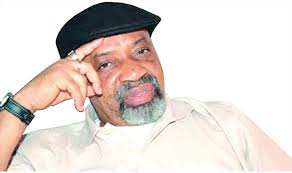 According to THE NATION, speaking with newsmen over the weekend Ngige who has been criticized severally for joining the All Progressives Congress, APC said, “I am only practising what the late leader of Ndigbo, Dim odumegwu Ojukwu, taught us. I wish to put on record that my position is exactly the same position our late leader, Chukwuemeka Odumegwu Ojukwu, took in 1982 when he left the Igbo-dominated NPP to join the NPN.

“Ikemba reasoned that while the Igbo supported Zik’s (Dr Nnamdi Azikiwe’s) NPP, there was also the wisdom in spreading our political net to the waters of the ruling party. Ikemba did so to ensure that Ndigbo was not all boxed into a regional party or enclave, which can disconnect or limit their participation in the nation’s apex political conclave.

“If Ojukwu thought that doing otherwise was myopic in 1982, why is a section of the Igbo crucifying Ngige for preaching and practising the wise counsel of our eternal leader, Ikemba.

“It is, therefore, clear that the ‘new’ leadership of MASSOB needs a clearer and undistorted interpretation of the truth in my position, which is that it is politically unwise for us to repeat in future elections, the 2015 presidential election voting pattern, where all our eggs were dumped in one basket; the basket failed and the eggs all got broken.

“I wish to add that there is enough opportunity for the Igbo to make up whatever perceived loss they currently encounter. But our leaders need to shun the creeping political narrowness and play politics more astutely.

“What matters most is not how ‘big’ the positions we occupy. Rather, what we are able to achieve for the Igbo with what we occupy.

“Today, work is ongoing on all the major Federal roads in the Southeast: Enugu-Onitsha, Enugu-Umuahia-Abia-Port Harcourt, Port Harcourt-Owerri, Oba-Nnewi– Arondizuogu-Okigwe, to mention a few. Julius Berger has been mobilised with N6 billion for the 2nd River Niger Bridge. There is also the Benin-Onitsha rail line with a separate bridge across the Niger, which was not originally in the Goodluck Jonathan-PDP coastal rail master plan.”
Share:
Facebook Twitter Reddit WhatsApp Email Link
[837]
D

Common you have your personal political ambition and not what Ojukwu taught you.
D

And what have you for the Igbos with that your position?
Show hidden low quality content