FREE Nigerian Business Directory
✅ NEW - get your business listed and your information shared across social media.
Ad
The Buhari administration has directed the resumption of activities towards the eventual opening of the Nigerian Maritime University before the end of the year, in line with the demands championed by major stakeholders in the region.

Coming as one of the several follow-up actions to the recent Presidential level interactive engagements with the Niger Delta oil producing communities, the prompt implementation of directive on the re-opening of the Maritime University to the Ministry of Education is to be coordinated by a 5-man inter-agency Committee headed by the Minister of Education.

Other members of the Committee will come from:
i) The Ministry of Petroleum Resources,
ii) National Universities Commission (NUC)
iii) Nigerian Maritime Administration and Safety Agency (NIMASA) &
iv) Office of the Deputy Governor of Delta State

According to a statement released by Laolu Akande, Senior Special Assistant to the President on Media & Publicity, Office of the Vice President, he said: “The Committee is to finalize the ongoing processes towards the opening of the Nigeria Maritime University in the 2017/2018 Academic Session. 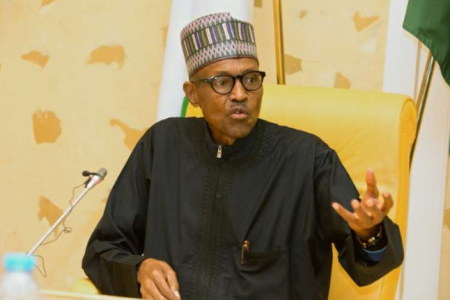 “The Committee will work collaboratively with the current Principal Officers and the Governing Council of the institution.

“Besides this, and in further demonstrating its unalloyed commitment to a new vision for the Niger Delta, the Buhari Presidency has been working assiduously to evolve a number of robust strategies for key multi-sectoral outcomes and deliverables for the people of the oil-producing communities.

Some of those include:
a) General guidelines issued by the Federal Government, reaffirming its commitment and outlining its objectives towards the establishment of Modular Refineries in the Niger Delta.
*This includes, the development of the technical criteria for issuing operating licenses that is now in final stages of drafting and would be released soon.

c) A strategy for community-based participation in pipeline protection and policing is underway and will be validated with series of engagement processes, collaboratively with PANDEF, oil communities and other communities in the region that play host to the vast network of oil pipelines in the Niger Delta.

Consultations were held with a broad spectrum of stakeholders in a confidence building effort.

Meanwhile earlier today the Delta State Governor, Senator Ifeanyi Okowa commended the Buhari administration for its commitment to addressing the concerns of the Niger Delta people.

He asserted the restoration of peace in Delta State and noted that the State Government is actively working with the FG on several of the plans, including the opening of the Maritime University. The Governor who said he was in the Presidential Villa to show gratitude to the FG, spoke with reporters after a brief call on the Vice President.

This is a good tide. Acting President, Prof Osibanjo is working.

So aspiring maritime students should be getting ready for admission.