For Sale - One Bedroom Executive Flat - Lagos (NGN37m)
✅ NEW - car park, swimming pool, 24 hours light/security and more.
Ad
A newly-formed Nigerian militant group has withdrawn a threat to attack oil pipelines in the country’s oil-rich Niger Delta after a spate of incidents in 2016 plunged the country into recession.

On Wednesday, the group withdrew the threat and said it had “shelved our planned attack on major oil facilities” in order to make room for ongoing negotiations between the Nigerian government and regional leaders in the Delta to bear fruit. 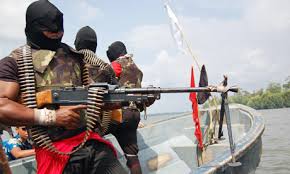 “We have decided to give peace a chance,” said the New Delta Avengers, in a statement reported by AFP.

How true is it that this militants wants peace. Shake am well ooo