Metro Nigeria: 14 States That Will Experience Flood in 2016

The Nigeria Hydrological Services Agency has announced that there will be flooding in 14 states and urged residents living in flood-prone areas to relocate.

According to the agency, most cities would experience heavy floods due to the rise in sea levels and tidal surge.

The Director-General of the agency, Mr. Moses Beckley, during the public presentation of the 2016 Annual Flood Outlook in Abuja listed likely areas to be submerged as 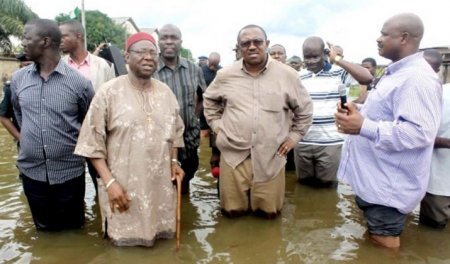 According to Beckley, “The expected inflows in the country for this year will be lower than that of 2012.

“The expected areas of river flooding this year are located in the following river basins, Niger, Benue, Sokoto-Rima, Anambra-Imo, Cross River, Niger Delta, Komadougu-Yobe, Ogun-Osun and several other sub-basins of the country.