Shen, 36, and Yau, 22, are charged alongside a Nigerian, Chinedu Madubuike, and two companies, Sino Nig. Import and Export Ltd, and Nedeca International Ltd were charged for importing fake tyres worth N5m into the country in February. 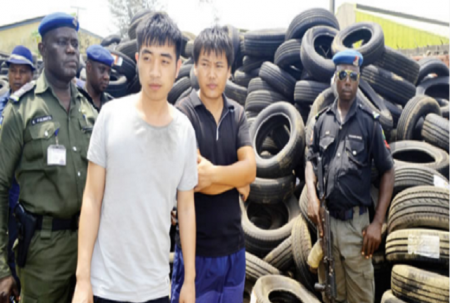 They are on trial on four counts bordering on importation of substandard products.

When the charges were read to the accused, and translated into Chinese language by an interpreter, they pleaded not guilty.

The trial judge, Mojisola Olatoregun, consequently, fixed March 21 to determine the bail application for the accused, and ordered that they be remanded in prison.

They were first arraigned in a Federal High Court sitting in Lagos on March 8, 2017.