Curators
FREE Nigerian Business Directory
✅ NEW - get your business listed and your information shared across social media.
Ad
Bayelsa, Akwa Ibom and Rivers states have filed a suit at the Supreme Court against the Muhammadu Buhari-led Federal Government to challenge the loss of N500 trillion in oil revenue. 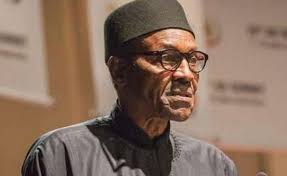 The plaintiffs are praying the apex court to compel the Federal Government to implement Section 162 of the 1999 Constitution as it relates to oil revenue generation and sharing among the component parts of the federation.

In the originating summons by Luscious Nwosu, SAN on behalf of the three states, the Supreme Court is being urged to determine whether there was a statutory obligation imposed on the defendant pursuant to Section 16 of the Deep Offshore and Inland Basin Production Sharing Contracts Act Cap D3 of the Laws of the Federation 2004.

They also want the apex court to determine whether there was a statutory obligation imposed on the Federal Government to adjust its share in the additional revenue accruing under the various production sharing contracts approved by the defendant if the price of crude oil at any time exceeds $20 per barrel, in real terms, to such extent that the production sharing contracts shall be economically beneficial to the government of the federation.

They equally sought a consequential order of the court to compel the defendant to adjust the share of the government of the federation in the additional revenue under all the production sharing contracts in Nigeria’s oil industry within the inland basin and deep offshore areas as approved by the defendant from the respective terms the price of crude oil exceeded $20 per barrel.

The plaintiffs also want the Federal Government to be compelled to calculate in arrears with effect from August 2003 as well as recover and pay immediately all outstanding statutory allocations due and payable to them from the said adjustment.

In a 33-paragraph affidavit in support of their originating summons, the plaintiffs said that they sought to invoke the original jurisdiction of the Supreme Court to interpret various constitutional provisions in Sections 80(1), 162(1) of the 1999 Constitution and Section 16(1) of the Deep Offshore and Inland Basin Production Contacts Act Cap D3 Laws of the Federation 2004 as it relates to the fiscal responsibility of the defendant to them.

Justice Bode Rhodes, who led six others, fixed November 14 for hearing of the suit.