For Sale - One Bedroom Executive Flat - Lagos (NGN37m)
✅ NEW - car park, swimming pool, 24 hours light/security and more.
Ad
Nigeria and Cameroon will meet on Wednesday in Abuja in furtherance of various efforts to stamp out the scourge of terrorism from the West Africa sub-region, a statement said on Tuesday.

A statement from the Defence Headquarters, issued by its spokesman, Maj.-Gen. Chris Olukolade, said that the three-day bilateral meeting would take place at the headquarters.

It said the meeting would be hosted by the Chief of Defence Staff, Air Chief Marshal Alex Badeh, and would have in attendance his Cameroonian counterpart and military delegation.

It said the forum was a follow-up to previous international and regional meetings to foster common ground in the fight against insurgency and terrorism.

The statement added that it would fashion out ways to strengthen existing working relationship and cooperation between the two nations' armed forces in the war.

"The bilateral talk is expected to advance the collaboration to contain the activities of terrorists in the two countries through coordinated military operations along the borders.

It will be recalled that the meeting between the two countries is coming on the heels of a similar parley of foreign ministers of Nigeria, Chad, Cameroun, Niger and Benin Republic, held on Monday in Abuja.

That meeting was to fashion appropriate legal framework for cross border military operations against the Boko Haram terrorists in the region. 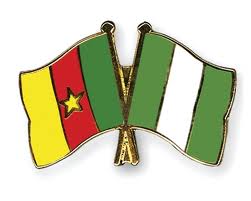