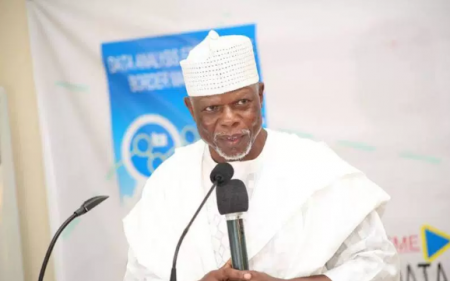 The statement said the decision to suspend the vehicle duty payment policy meeting between the management of the NCS and the Senate Committee on Customs and Excise.

According to the statement:

“Following the unnecessary tension generated as a result of misconception and misrepresentation of the Nigeria Customs Service planned motor duty payment, the leadership of the National Assembly and the Comptroller-General of Customs, Col. Hameed Ali (Rtd) met with a view to resolving the impasse.

“They both agreed that the proposed motor duty payment, though in line with the provision of Customs and Excise Management Act (CEMA) Cap C.45, LFN 2004 should be put on hold while the Senate Committee on Customs and Excise interfaces with the NCS for further discussions.

“While payment of duty on vehicles or indeed any dutiable imported item remains a civic responsibility of every patriotic Nigerian, NCS Management has directed that the exercise be put on hold while expressing readiness to engage the Senate Committee on further discussions to bring them on board to understand the importance of the exercise to national security and economy.”