FREE Nigerian Business Directory
✅ NEW - get your business listed and your information shared across social media.
Ad
Former head of state, Ibrahim Babangida, joined thousands of Nigerians to criticized the proposed 2016 budget that was presented to the National Assembly last December by President Muhammadu Buhari.

The former president in his reaction to the ongoing criticism trailing the alleged payment of rent in the Aso Rock, requested to know who the landlord is. 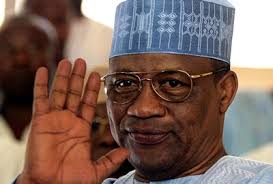 In a series of tweets, he also advised the country’s politicians: “I strongly believe our Politicians are well fed. The Aso Rock food budget should be reviewed. Aso Rock is not a place to feed Politicians.”