FREE Nigerian Business Directory
✅ NEW - get your business listed and your information shared across social media.
Ad
The Plateau State Police Command has arrested one Sunday Umaru, an ex-soldier, for allegedly killing his girlfriend after seeing some questionable text messages on her phone.

The suspect was alleged to have stabbed his lover, Charity Thomas, on the stomach in Riyom Local Government Area of the state, which led to her death.

Umaru served in the 3rd Armoured Division of the Nigerian Army but was attached to Sector 7 of Operation Save Haven, Jos (OPSH).

The soldier was reportedly dismissed by the army for the action and handed over to the police for prosecution. 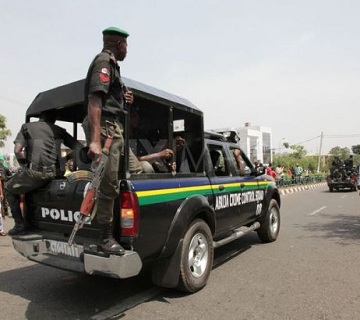 The state Commissioner of Police, CP, Mr. Adekunle Oladunjoye, while parading the suspect on Monday, said the suspect had invited the victim from Kaduna State to stay with him.

The CP said, “While going through her phone, Umaru saw some text messages from other men which made him lose his temper.

“The suspect has been charged to court,” Oladunjoye added.