Officials of theTrade Union Congress (TUC), the Nigeria Employers' Consultative Association (NECA) and the Nigeria Labour Congress made their views in separate interviews with newsmen.

They decried the incessant strikes in the country, saying that they were affecting economic productivity and urged the government to desist from actions capable of disrupting industrial harmony.

Mr Olusegun Osinowo, the Director-General of NECA, said that workers were not pleased with the constant strikes in the country, which he said, had a negative impact on the economy.

"It has become almost a weekly thing in one sector or the other; the unions are always embarking on strike and the country cannot continue like that. This has amounted to loss of productivity and loss of Gross Domestic Product (GDP) growth of the country.

"Though we have been recording positive growth rate, this is not good for the country’s image. As we mark our 54th Independence anniversary, I expect that the Federal Government will accord priority to the issue of industrial harmony in the public sector,’’ Osinowo said.

Osinowo decried the poor infrastructure in the country, saying that government should be able to make its citizens comfortable.

Mr Bobboi Kaigama, the TUC President, urged the Federal Government to ensure the sustenance of democracy as the country celebrates its 54th independence.

"One strike after the other is a product of non-implementation of collective bargaining agreement. When we allow one financial approval to dovetail into another, it gets to a point where enormous resources will be required to offset it.

"At this point, it becomes a problem that will affect both the economy and the people. So, as we celebrate our independence, we believe that more work needs to be done in stabilising major sectors of the economy.

"We strongly believe that democracy is still the best thing that has happened to the country and as such, we must learn from the past mistakes and be ready to fight corruption.”

Kaigama maintained that the organised labour would continue to press home its demands to ensure good governance for the benefits of Nigerian workers.

Also commenting, Dr Peter Ozo-Eson, the General Secretary of the NLC, commended the Federal Government and Nigerian workers on the occasion of the 54th independence anniversary.

He said workers and government should promote a robust process of industrial relations in order to create stability in the system as the country marks its independence.

"The reality is that a situation arises when government or employers only feel pushed when there is a strike and that is what leads to strike. I think for us to enjoy a stable improvement in the sectors, all parties must commit themselves to openness,‘’ he said. 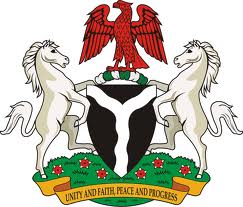 Metro There Will Be Crisis If Ngige Is Returned As Minister Of Labour – NLC Tells Buhari – 360Nobs.com