Nigeria has lost its status as the aviation hub in West Africa to Ghana, a neighbouring country, since the Central Bank of Nigeria (CBN) introduced the flexible foreign exchange policy.

This, according to Guardian is partly attributable to the 100 per cent increase in the price of aviation fuel in Nigeria, while Ghana slashed the same product by 20 per cent.

Already, the revenue that accrued to Nigeria from the fuelling of aircraft and accommodation of cabin crews of foreign airlines has been taken over by Ghana, which now provides these services

The price of Aviation Turbine Kerosene (ATK), also called aviation fuel or Jet-A1, rose from N120 some months ago to N240 per litre since the Central Bank of Nigeria (CBN) floated the currency.

Aviation fuel is 100 per cent imported, which subjects it to the vagaries of foreign exchange, especially the United States dollar. 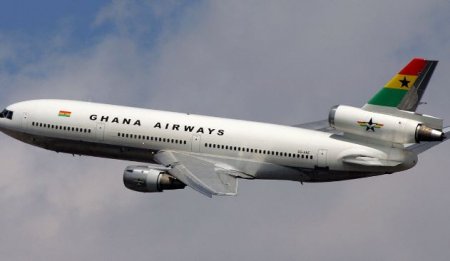 With the exchange rate around N350 to $1, aviation fuel in Nigeria has become one of the most expensive on the continent.

Due to the price increase, coupled with irregular supply of the product, foreign airlines experienced difficulties refuelling during their trips. For instance, Emirates Airline, which recently reduced its two daily flights from Lagos to just one, last week made a re-route to Ghana, to buy fuel for its Abuja-Dubai flight.

Sources hinted Guardian newspaper that Ghana had become the new bride of the foreign airlines due to efforts by the government of that country to make the Kotoka International Airport in Accra, the aviation hub for West Africa.
PLACE YOUR ADVERT HERE
Connect with Business News Readers!