Arase made the disclosure at the inauguration of the Police Dog Breeding Centre and Ultra Modern Mounted Troop in Abuja on Thursday. 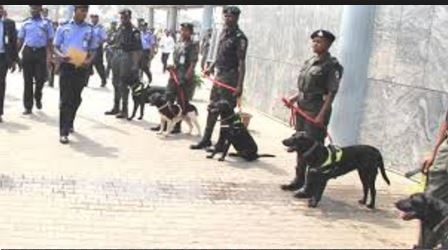 According to TheCable, Arase said spending such a huge amount of money on the importation of dogs from foreign countries that rarely adapt to the country’s policing objective, is not sustainable in the face of the economic reality of Nigeria.

He said the establishment of the Police Dog Breeding Centre will help save the federal government the foreign exchange used to purchase foreign dogs.

This pple are very sick to madness #600 million to buy dogs make thunderfire join with bomb kill all of una dia idiots.