FREE Nigerian Business Directory
✅ NEW - get your business listed and your information shared across social media.
Ad
The NBS released its 2016 First Quarter Balance of Trade report, which showed that Nigeria had a negative trade balance of N184.1 billion.

This will be the first time the country will be recording a negative trade balance since data collection began in 2008.

Trade balance, which is also known as balance of trade (BoT), is the country’s total exports minus its imports.

According to the report, the total value of Nigeria’s merchandise trade at the end of Q1, 2016 stood at N2,723.9 billion. 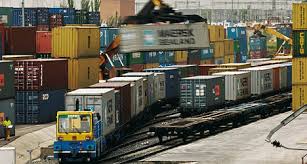 This development arose due to a sharp decline in both imports and exports. Exports saw a decline of N671.1 billion or 34.6%, while imports declined by N122.4 billion or 7.8%.

The steep decline in exports brought the country’s trade balance down to – N184.1 billion, or N548.7bilIion less than in the preceding quarter.

The crude oil component of total trade decreased by N716.7 billion or 46.6% against the level recorded in Q4, 2015.
You must log in or register to reply here.