For Sale - One Bedroom Executive Flat - Lagos (NGN37m)
✅ NEW - car park, swimming pool, 24 hours light/security and more.
Ad
According to the World bank, Nigeria was saved from acute ravaging by the Ebola virus by its dependence on oil and low tourism, the Punch says.

Nigeria’s high dependence on oil and gas as well as low traffic of foreign tourists into the country are the buffers that shielded her from economic devastation that could have resulted from the outbreak of the Ebola Virus Disease, the World Bank has said.

The bank estimated that the sub region could lose as much as $25.2bn to the viral disease.

The bank said Nigeria’s economic loss to Ebola included the initial reduction in commercial activities in Lagos, which ranged between 20 and 40 per cent, as well as the significant resources the government spent to contain the disease. 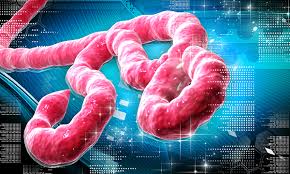