The Senate on Tuesday mandated its leadership to request President Goodluck Jonathan to declare "total war" against the Boko Haram insurgents.

The position was contained in a motion sponsored by the Senate Leader, Victor Ndoma-Egba and presented at the plenary.

The motion, titled "Threat to National Sovereignty and Territorial Integrity of Nigeria by Insurgents’’, has 27 senators as co-sponsors.

The senate also agreed that the senators representing the three states in the troubled North East should be part of the visit to the president.

Ruling on the motion, Senate President David Mark said the country was at war.

"What the Boko Haram is doing is nothing but a total declaration of war against the country; it should no longer be trivialised. We should not mince words; at this stage we are all involved whether you are in the military or not.

"This is not the time to blame the military; we must support the military to win this war against the insurgents,'' Mark said.

According to him, the country’s defence system was at stake due to the unabated attacks on innocent civilians.

Speaking on the need for senators to show commitment to duty, Mark said the senate was the life wire of the country.

According to him, "the senate has risen at various occasions to abort serious challenges in the country’’.

"This could only happened if we prepared to sincerely serve and protect our hard earned democracy. ’’

Mark further said that members of the senate must show capacity for good governance as the new session began.

Earlier, Ndoma-Egba said the call for full war against the insurgent was precipitated by the unabated killings and occupation of Nigeria's communities by the group.

"The senate is worried that security situation in the North East states of Borno,Yobe and Adamawa have continued to deteriorate despite the imposition of the state of emergency in the said states. We have also observed that the last couple of months, while the National Assembly was on its annual recess, have witnessed unabated loss of lives and damage to property.

"There is further concern that the level of re-grouping and re-surge of the insurgents is becoming alarming and their activities inhuman,’’ he said.

He said the insecurity in the North East had reached an intolerable dimension, adding that "it has assumed a proportion to give the public the assurance of hope’’.

Sen. Abdul Ningi called for the suspension of electioneering activities until the situation in the North East was solved.

"Towns, villages and most enclaves in the region have been annihilated by the insurgents and therefore, no proper political activities can go on. The people are displaced,’’ he said.

"The Boko Haram insurgents have killed our emirs and installed new ones as they have established their government with caliphate authority. My people have become endangered in their own country or are we no longer part of Nigeria ?’’ he asked. 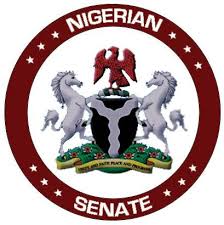 Curators
What took so long