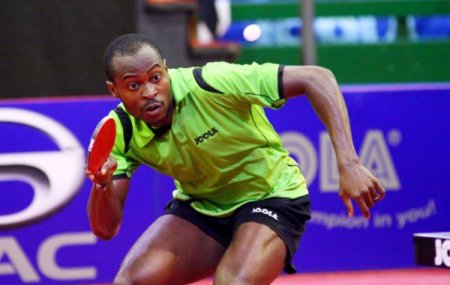 According to a media release on the International Table Tennis Federation website, the 28-year-old Rio 2016 Olympics quarter-finalist is the only African player shortlisted for the award.

The ITTF Star Awards, which is in its fourth edition, will be held at the Doha's famous and prestigious Sheraton Hotel to celebrate the world's best table tennis players' achievements in 2016.

In the female category, Ding Ning from China will face stiff opposition from Miu Hirano, Mima Ito and Kim Song for the top prize.