Metro Nigeria: Why the 36 States Should Be Merged to 6 Regions - Anyaoku

For Sale - One Bedroom Executive Flat - Lagos (NGN37m)
✅ NEW - car park, swimming pool, 24 hours light/security and more.
Ad
Former Commonwealth Secretary General, Emeka Anyaoku has called on the National Assembly to enact law that will merge the 36 states into 6 different regions.
He said the 6 regions would be better suited for Nigeria’s rapid development, unlike the present multiple number of states.

According to a VOA Hausa Radio report, Anyaoku said this on Monday in Ibadan, where he attributed the present condition of failure to settle workers salaries by states to their number. 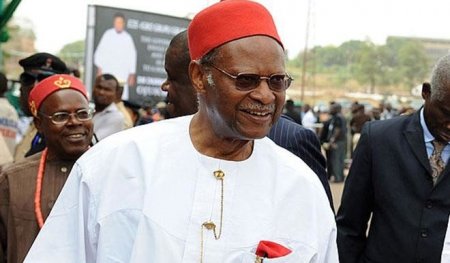 When the country had only four regional governments, a steady development was recorded with the little wealth at the time, he said.

J
A Letter To Mr President Having Been Declared Winner Of The February 23 Presidential Election by INEC - Franklin B. Onoben