The Chief of Air Staff, Air Marshal Sadique Abubakar made the announcement on Thursday at a meeting with former junior airmen of the school in Abuja, Nigeria’s capital. 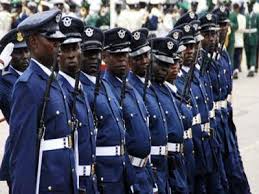 He also revealed plans to re-introduce the Air Force Girls Military School which was converted to a comprehensive secondary school.

The Air Chief said that providing employment opportunities for the junior airmen would further boost the strength of the Nigerian Air Force.