The humiliation of the clergy, Vanguard gathered, infuriated the 3 Battalion’s command who promptly arrested and detained the soldier with promise to charge him for improper conduct.

Narrating his ordeal almost in tears at the Warri NUJ Secretariat, the molested victim, Rev Omas said, “I was driving in my SUV but due to the traffic situation, I boarded a tricycle. The soldiers stopped our Keke as we were coming from Alegbor, forcibly seated me on the ground as one of them pulled a scissors and stroke three ugly cuts on my hair, saying my hair style violates their rules.” 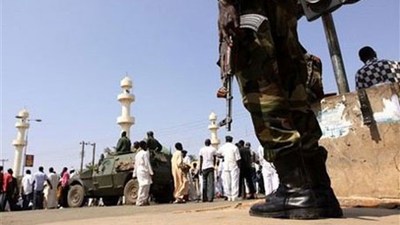