For Sale - One Bedroom Executive Flat - Lagos (NGN37m)
✅ NEW - car park, swimming pool, 24 hours light/security and more.
Ad
9ice, award-winning singer turned politician has released a new campaign poster, which he posted on his Instagram page as he intensifies his campaign to secure a seat in the Ogbomosho House of Representatives in Oyo State.

The taglines of his new poster are 'Change is Inevitable' and 'Ogbomosho Must Be Renewed.'

All through 2013, the singer had made it clear that the year 2014 would witness the official birth of his political ambition and from his stunts thus far, he was right.

Whether he will win or not will however, depend on his political will, affiliations and ability to convince the people of Ogbomosho to vote for him in the 2015 elections. 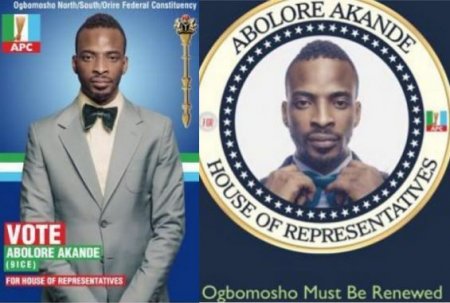