Nigerian Govt Will Not Reverse Suspension of Resident Doctors

DAILY POST has report in which it claims that the Nigerian government will not reverse the suspension of resident doctors in the country as the decision was made in the interest of all Nigerians.

DAILY POST wrote: The Federal Government on Wednesday said there was no going back on the suspension of residency programme for medical doctors in the country.

Also according to the government, the embargo placed on appointment of new doctors into public hospitals across the country and the suspension of the Residency Training Programme in the health sector was done in the overall interest of all Nigerians.

Secretary to the Government of the Federation, Senator Pius Anyim, stated this in his office on Wednesday during a meeting with the members of the Presidential Committee of experts on inter-professional relationship in the public health sector and top policy makers of the federal government. The committee which was led by a former SGF, Dr. Yayale Ahmed, was constituted by the federal government to fashion ways of fostering harmony in the sector to avoid perennial crisis.

Anyim explained that the federal government suspended fresh negotiations with the striking doctors and other unions in the sector pending the outcome of the committee. 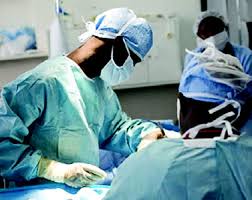 J
Metro Doctors Are Free To Leave Nigeria Because We Have Surplus, I’m Not Worried – Ngige - CHANNELS TV