A Nigerian man has called out two Nigerian ladies who he claims admitted to lying about the rape allegation made against him after he dragged them to court.

In a series of tweet shared on September 19, 2019 @Cynnerr (Cynthia) accused @ynotes_ of trying to rape her friend @_eggovin (Anita) after they met at an event and went out on a date. Cynthia further advised other girls to steer clear from him as he doesn't take 'NO' for an answer. 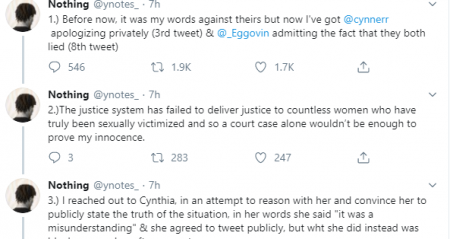