Boko Haram leader Abubakar Shekau had claimed in the footage obtained by AFP on Thursday that militants shot down the Alpha Jet and showed wreckage of an aircraft which included the Nigerian Air Force’s green and white roundel."

Yesterday, we reported here that Associated Press has released a video reportedly showing men of the Boko Haram sect beheading a man believed to be a military pilot. The man, it is believed, was the co-pilot for the missing Naval air force jet.

In the video, burnt plane parts with military colorings can be seen. It will be remembered that two pilots and an Alpha jet have been missing since September 11, with Boko Haram suspected. 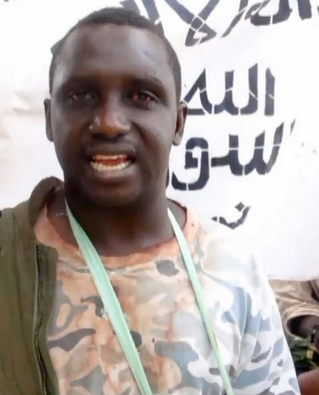