FREE Nigerian Business Directory
✅ NEW - get your business listed and your information shared across social media.
Ad
The joint military force deployed to protect oil installations in the Niger Delta, says that it has thwarted an attack on Agip’s oilfield and arrested 19 suspected vandals in several operations in May and June 2016.

A statement issued by the spokesman of the force, Col. Isa Ado says troops foiled an attempt by suspected pipeline vandals to destroy Agip’s oil pipeline at Okpoma community 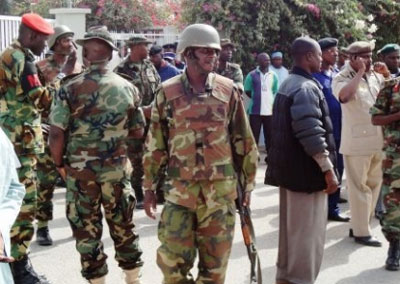 He explained that the suspected vandals had dug and planted dynamites beneath the pipeline location in a swamp for detonation before the troops foiled the sabotage operation.

He added that efforts were underway to round up fleeing criminals, including pipeline vandals and to dismantle all militant camps in the region.