Until his new assignment, DCP Emmanuel Ojukwu, who is a seasoned and thoroughbred officer, was the Deputy Commissioner of Police in charge of Criminal Investigations Department at Zone 7 Headquarters, Abuja. The new spokesman is stepping into a familiar terrain, having distinguished himself as the Force PRO from December 2008 to October 2010.

In a brief handover ceremony witnessed by senior Police Officers , and members of the media, ACP Mba thanked the IGP for the new assignment given to him and urged the media and the public to extend maximum cooperation to the new spokesman, expressed confidence in his ability to move the Force Public Relations Department to a new level.

Responding, the new Force PRO promised to work to increase the tempo of good relationship between the Police and the public in line with the policy thrust of the Inspector-General of Police, and called on the officers and men of the Force, the media and members of the public to grant the same level of good will and cooperation necessary for his success in office. 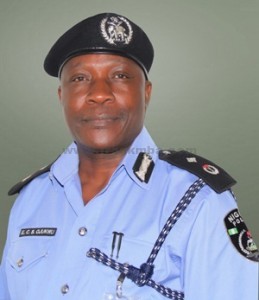 Metro Police Reject UK Warning, Say Nigeria is One of the Most Beautiful Places – Olisa.tv

Metro Abuja is one of the safest cities, has one of the lowest crime rates in the world – IGP insists, despite kidnappings – Legit.ng