The Special Assistant on Public Communications and New Media, Lere Olayinka made this known in a statement issued last night that the new plot was an aftermath of the failure of the Department of State Services (DSS) to achieve the plot of coercing the House of Assembly members to impeach Governor Ayodele Fayose. 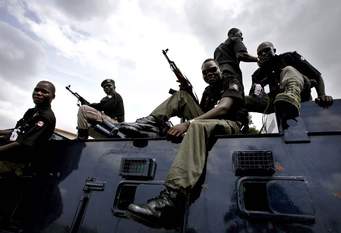 “We are aware of the arrival of policemen from Abuja to Ekiti State with the intention of arresting 11 members of the House of Assembly, two PDP leaders per local government and some other top officials of the government:, Olayinka said.