FREE Nigerian Business Directory
✅ NEW - get your business listed and your information shared across social media.
Ad
About 350 international students including Nigerians at a private London business college have been told to leave the United Kingdom by the end of next month, BBC reports.

London School of Business and Finance (LSBF) has had its permission to recruit and teach non-EU students revoked, the Home Office has confirmed.

One student said he feared he would be unable to complete his £8,500 course.

The college said it would intensify teaching to ensure all students gained their qualifications in time. 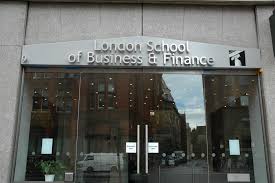 "We will deal with every student on an individual basis to ensure they will be able to continue their courses and complete their qualifications."

One student studying for a master's degree in business administration at LSBF said almost half the students on his course had so far received a Home Office "notice of curtailment".

"I did not expect this to happen in Europe and in the UK particularly.