Business Nigerian Sues United Airline for Forceful Airlift from US

Ajumale dragged the two defendants to court demanding $100m and N100m respectively from them as damages, PUNCH reported.

The applicant, through his lawyer, Mr. Femi Falana (SAN), is asking the court to declare as illegal and a violation of his rights, his alleged forceful transportation from the United States to Nigeria by the US Immigration and Customs Enforcement officers on February 25, 2011 using the United Airlines.

In the affidavit filed in support of his suit, FHC/L/CS/1543/12, Ajumale averred that, “I have been living in the US since April 12, 1997 with a visiting visa and became a permanent resident in February 2008 and had no criminal record.

“On January 22, 2009 I travelled to Nigeria for my father’s burial and on my way back I was arrested at the BWI Airport, Baltimore, Maryland, by one officer Derrick and taken to a cold room where I was detained for nine hours of torture in order to force me into making an incriminating statement of using a falsified passport in 2001.

“On February 25, 2011, I was unwillingly brought back to Nigeria by two officers of the ICE with the connivance of United Airlines.

“United Airlines forced me into its aircraft without my passport or any form of documentation.

“I requested the airline’s crew not to convey me to Nigeria without asking the immigration officers to remove an electronic harassment device that they had inserted into my body but the airline officials ignored me.

“While I was in the airplane I was handcuffed and held down by the two ICE officers for between 12 to 14 hours duration of the flight like a common criminal.

“I underwent excruciating psychological trauma as a result of the tracking device in my body.

“When we arrived in Nigeria, I reported the painful tracking device to officials of the Ministry of Internal Affairs but they ignored me and allowed the US ICE officers to return without removing the device.

“Up till date, the chip inserted into my body through my anus has continued to make me go through a lot of torture; making me to suffer extreme pains all around my body.

“Since then, I’ve been feeling a lot of strange movements in my body.” 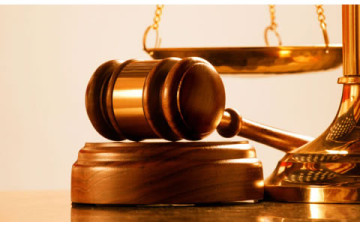