Minister of Information and Culture, Alhaji Lai Mohammed, yesterday assured Nigerians that there would be light at the end of the tunnel.

He said the 2016 national budget would alleviate the hardship being experienced now. This, he noted, was brought about by the sleaze and looting in the Jonathan administration. 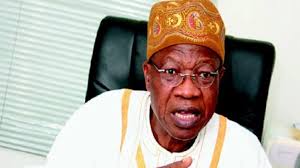