FREE Nigerian Business Directory
✅ NEW - get your business listed and your information shared across social media.
Ad
Amaju Pinnick, president of the Nigeria Football Federation (NFF), has been appointed president of African Cup of Nations (AFCON).

Pinnick is also expected to head the media committees of Confederations of African Football (CAF).

The announcement was made at the executive committee meeting of CAF in Bahrain on Monday.

The NFF on its twitter broke the news: “Breaking: NFF President Amaju Pinnick has just been appointed President of Afcon and Media Committees of CAF." 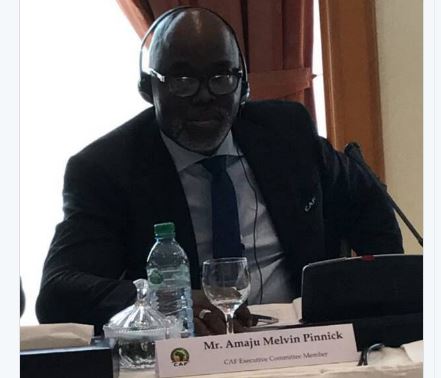 Congratulations to them. Hope they do what is expected of them.
E

Curators
My Brother, Amaju of life, climbing up the ladder!!!!
C