Ruling on the application of variation of bail, Abang held that the sureties can now be owners of properties in other parts of Abuja apart from Maitama as early stated. 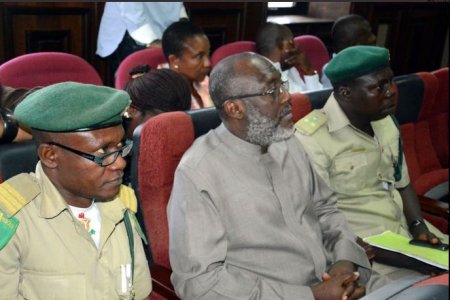 Justice Abang Okon had on the 19 of January granted Metuh bail in the sum of N400m with sureties who have landed properties only in Maitama.

Following this judgement, Metuh’s counsel team filed an application for variation of bail.