FREE Nigerian Business Directory
✅ NEW - get your business listed and your information shared across social media.
Ad
There are indications that the Peoples Democratic Party spokesman, Olisa Metuh, is being kept in a prison cell where financial scammers and those who had committed frauds were being held, Punch reports.

It was learnt that Metuh, who was remanded at the Kuje Prisons, Abuja on the order of a Federal High Court, was isolated from other awaiting trial inmates to protect him from being harmed.

It was also learnt that the prison officers were also keeping a tight watch over him to prevent any foul play.

The court had on Tuesday granted the PDP chieftain bail over a seven-count charge of corruption, but he had yet to meet the bail conditions. 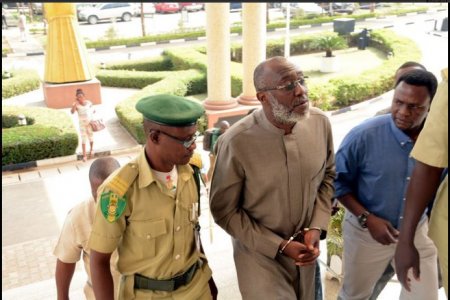 Sources said that the prison authorities usually isolate high profile inmates from other criminals who had committed violent offences like armed robbery, murder and other heinous crimes.

It was gathered that the prison authorities were following the standard laid down protocol in Metuh’s case by shielding him from violent inmates who could attack him at night.

The source further explained that Metuh had not been eating prison food, adding that he had made arrangement for his feeding, which he said was allowed.


Source: PUNCH
You must log in or register to reply here.