Saraki, also the Senate Committee Chair on Environment and Ecology, lamented that contracts were just being awarded by most of the federal ministries and parastatals, wondering if such contracts would be completed this year, according to The Nation.

“The last time we passed the 2014 budget, I got up and made a comment that I was not happy with the way the budget was passed because I believe we did not deliberate enough on actual expenditure. Budget is an estimate and when you do not review your actual, then it is likely that your revenue estimate may be wrong. In 2013 when we had done budget estimate that we will be producing 2.5 million barrels of oil and at the end of the day we were only doing 2 million barrels; that is what distorted the budget.

“Again, in 2014, in majority of the ministries, contracts are just being awarded. So if they are just awarding contracts in October, is it possible to have implementation? The answer is no; these are some of the challenges that make us say the budget implementation is faulty and will not meet the expectations of Nigerians.

“I think, we at the National Assembly need to review the way we go about the budget implementation because for example, the key issue is revenue and without revenue, there can’t be expenditure. But if you open the news every month, about six pages are dedicated to all the allocations given to every local government.”

The chieftain of the All Progressives Congress (APC) asked: “But do we have publications of revenue? Do we know how much the country is making on volume of oil production?

“We don’t and that is not where the focus is. If you want to have your budget implemented, your revenue must not be distorted. If you are expecting N10 and you only get N7, which budget are you going to implement?

“The budget for 2015, if it is going to come now and when it comes to the National Assembly my own appeal is that we should spend time and debate what happened in 2014 before we really go into the issue; to be sure that projections and estimates are right and sustainable. I am afraid until we do that, budget implementation will not be right. 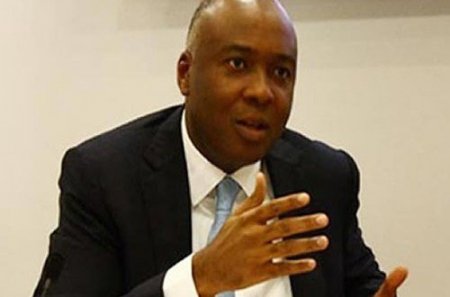