For Sale - One Bedroom Executive Flat - Lagos (NGN37m)
✅ NEW - car park, swimming pool, 24 hours light/security and more.
Ad
Nigeria’s headline inflation has risen to 18.55 per cent its highest in more than 11 years, as World Bank predicted the country will get out of recession and grow its Gross Domestic Product by one per cent in 2017.

In its January 2017 Global Economic Prospects report released on January 11, the global lender said that sub-saharan African growth is expected to pick up modestly to 2.9 per cent in 2017, as the region continues to adjust to lower commodity prices.

The Consumer Price Index, CPI, which is used to measure inflation, increased by 18.55 percent (year-on-year) in December 2016, 0.07 percent points higher from the rate recorded in November (18.48 percent), latest data from the National Bureau of Statistics shows. 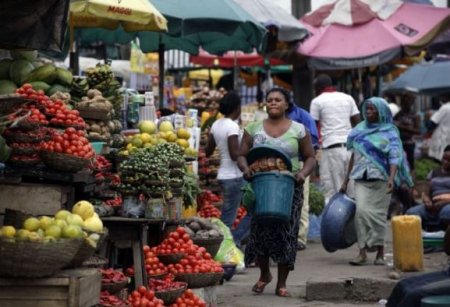 During the month, all major food subindexes increased, with Soft Drinks recording the slowest pace of increase at 7.66 percent (year on year).

Communication and Restaurants and Hotels recorded the slowest pace of growth in December, growing at 5.33 per cent and 8.91 per cent (year-on-year) respectively.

The rising inflation comes as the country grapples with its first recession in 25 years, largely caused by the fall in global oil prices since 2014.