For Sale - One Bedroom Executive Flat - Lagos (NGN37m)
✅ NEW - car park, swimming pool, 24 hours light/security and more.
Ad
Uche Orji, Chief Executive of the Nigeria Investment Authority - Nigeria's sovereign wealth fund- has said its investment programme over the next six months will go ahead as planed despite being hit by falling oil prices, according to Reuters.

"The oil price, yes, it's come down. But frankly, let's not forget why this fund was set up. It was to prepare us for days like this," he said at an African investment conference in London on Tuesday.

Orji conceded that weakness in the international oil market would affect the fund - "obviously we get funded from the oil price so if it's lower, it will affect us. But ... our plan in the next six months is to fully deploy what we've been given. We still haven't fully deployed our capital yet," he said.

According to the fund's website, the infrastructure vehicle accounts for up to 40 percent of total assets with a similar amount allocated to the portion managed for future generations and the remaining 20 percent set aside for economic stabilisation. 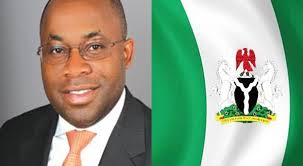