“In spite of its lower-income client base, its total loan portfolio exceeded $144m in December 2013 thanks to its efficient decentralised banking model as well as wide coverage and deep penetration of rural areas. LAPO has successfully achieved its goal to reach over 1 million clients by end of 2013, faster than planned, and targets to reach 5 million clients by the end of its five-year business plan, 2013-2017" a statement from AfDB said.

“LAPO has 3,184 staff, 1,311 men and 1,873 women staff, across 327 branches to prospect for new business and effectively serve its existing customers on the ground.

“The LOC will support proposed project will support expansion of LAPO MfB to achieve its goal to serve 5 million clients by 2017 in Nigeria focusing on low-income individuals (predominantly women) and micro/ small enterprises by providing affordable access to finance, saving, credit and insurance in urban and rural areas as well as by expanding its geographic coverage and number of branches”, the statement said.

With AfDB’s funding, multifaceted development outcomes are expected for LAPO MfB to: increase the proportion of poor households and small businesses with access to financial services in Nigeria; deepen its financial sector infrastructure, as it plans to expand their branch network across the country and promote an inclusive microfinance model that works for the poor.

Through the loan LAPO would be able to stimulate product development aimed at meeting diverse needs of low-income households and local enterprises enhance financial inclusion of women and female entrepreneurs; and support increased revenue of poor households involved in profitable micro enterprises and also generate more jobs across states in Nigeria. 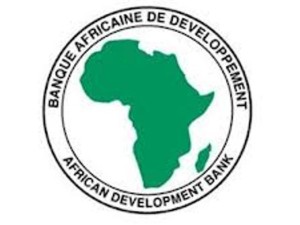