Global West Vessel Service, which handles maritime security issues for NIMASA has Government Ekpemupolo, also known as Tompolo, as one of its major shareholders. 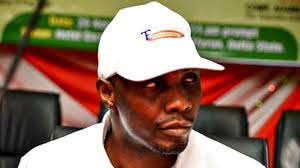 The company purchased the ships as part of a Public-Private Partnership (PPP) arrangement it has with NIMASA during the regime of former president, Goodluck Jonathan.
Tompolo was declared wanted by the EFCC over alleged contract scandals he sealed with former government.

NIMASA confirmed taking over the vessels when contacted by DailyTrust but denied revoking the entire contracts with Global West.
NIMASA’s Deputy Director, Public Relations, Hajia Lamin Tumaka said that it was the management of Global West Vessels that withdrew its services because the agency had not been able to meet up with payments.