Metro Nnamdi Kanu Is Open To Negotiations With FG - Lawyers

The lawyers who addressed a press briefing in Abuja on Friday said such negotiations can only take place after he is released from incarceration.

According to them, it is impossible for just one individual to commit treasonable felony as Mr. Kanu is accused by the federal government. 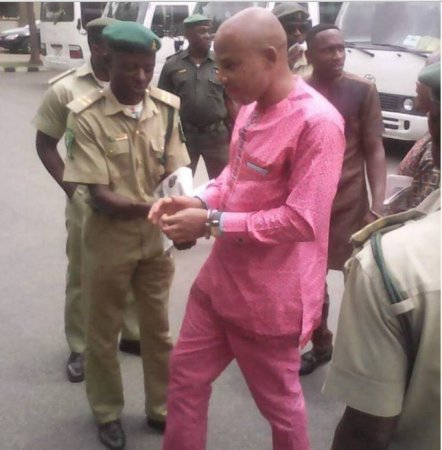 The lawyers made it clear that he is not part of the bargaining chip of neither the Niger Delta Avengers (NDA) nor the Movement for the Emancipation of the Niger Delta (MEND), who have both said he should be released as part of their own negotiations with the federal government.

The IPOB leader and two others were accused of treason and association with an unlawful society.

At the last hearing, the lead prosecution counsel was absent in court, and the case was adjourned to September 26 -29, 2016.