The Nigerian National Petroleum Corporation (NNPC) has announced an N18.89 billion loss from its oil and gas operations in March 2016.

The NNPC, in its monthly financial and operations report, indicated that the ₦18.89 billion loss was 22.03 percent lower than the ₦24.23bn operational deficit it suffered in the month of February, 2016.

The figures showed that the reduction in deficit was due to decline in operating expenses and marginal increase in revenue of the corporation. 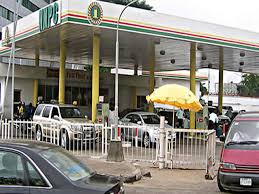 The report said that the reduction was largely driven by improved petroleum products sales and better cost control measures put in place by its downstream arm, the Pipelines and Products Marketing Company (PPMC).

However, the report said the corporation recorded drastic slump in export sales due largely to shut in of about 300,000 barrels crude oil at Forcados Terminal, following the force majeure declared by Shell on February 15, 2016.
NNPC also said it paid the sum of N69.544bn into the Federation Account in March.
Share:
Facebook Twitter Reddit WhatsApp Email Link
[770]
Show hidden low quality content