Curators
For Sale - One Bedroom Executive Flat - Lagos (NGN37m)
✅ NEW - car park, swimming pool, 24 hours light/security and more.
Ad
President Muhammadu Buhari has directed that anybody who does not have any business in the Rio 2016 Games should not be part of the contingent. 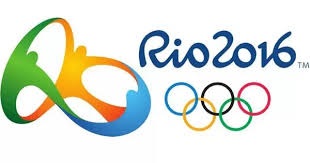 The Permanent Secretary, Ministry of Youth ad Sports, Chinyeaka Ohaa, made the disclosure on Thursday when he appeared before the House of Representatives Committee on Sports to brief it on the country’s Olympics preparation.

Ohaa said that paucity of fund for the Games necessitated the presidential directive on the account of the government list.

Ohaa, who represented the Minister, Solomon Dalung, doubted the possibility of accommodating the officials and legislators among the Nigerian contingents to the Rio 2016 Olympics.

“We have been directed by Mr President that anybody who does not have any business in the Rio Games should not be part of the continent.

“As you are all aware, it has to do with the paucity of fund occasioned by the general economic situation in the country”, Ohaa said.

The permanent secretary also revealed that there would be no chartered flight for the Nigerian athletes and the officials to the Olympics. (NAN)