He spoke to State House correspondents after a meeting with President Goodluck Jonathan at the Presidential Villa, Abuja.

Suswan said Kwankwaso's remarks were because the APC had realised that it had no capacity to compete with the PDP on its own in the 2015 general elections.

He said it was unfortunate that the APC had continued to demonstrate lack of self-confidence.

"It is unfortunate that APC has continued to speculate. It looks like they don't have confidence in themselves that on their own they can make any progress.

"So, they keep speculating that PDP is going to join them. That shows clearly that APC is not a party for Nigerians to go to, Suswam said.

"If I am sure of myself, I won't be calling for additional troops from the enemy camp to come. They are not sure. They know that they will not win until PDP joins them. Even now with the strength that they have.''

"Kwankwaso was elected under the auspices of the PDP. He has added value so to speak to APC".

|They now discovered lately though, that in spite of that, they can't make any progress. So, they are now speculating and hoping against hope.''

The governor emphasised that none of the governors mentioned by Kwankwaso was contemplating defecting to the APC.

Citing his Ondo counterpart, Mr Olusegun Mimiko who recently returned to the PDP from the Labour Party, Suswan stated that the ranks of the PDP governors would continue to swell.

"And so, no governor is leaving the PDP for APC. We are going to defeat them roundly in all the elections. They are scared and so, they are trying to convince Nigerians the PDP is going to add to them.

"Nobody, person from PDP, not even a councillor, is going to join APC,’’ he said.

On his part, Mimiko, who was with Suswan, said that from indications, APC would not be able to retain Lagos State and the rest of its states in the South West in 2015.

According to him, the PDP is making in-roads into the South West, citing Ekiti and Ondo which he said were now completely within the PDP fold. 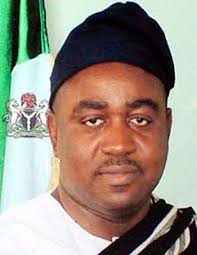