World No Peace No Sex - Sudan Women on Strike

The idea the activists hope to enforce is the encouragement of men to seek a peaceful resolution of the conflict. The idea was arrive at in a meeting of more than 90 women activists, including several MPs in the capital of South Sudan.

Organizers of the meeting said in a statement: "A key suggestion was to mobilise all women in South Sudan to deny their husbands conjugal rights until they ensure that peace returns," the meeting's organisers say in a statement.


BBC reports that: South Sudan's government has been fighting rebel forces since December 2013. Hundreds of thousands of people have fled to neighbouring countries, and 1.4 million are internally displaced as a result of the crisis,according to the United Nations. Sex strikes are not unheard of as a peace-seeking tactic. In 2003, Liberian women used the same method as part of their efforts to end the country's brutal 14-year civil war. Leymah Gbowee, who led the strike, was awarded the Nobel Peace Prize in 2011. 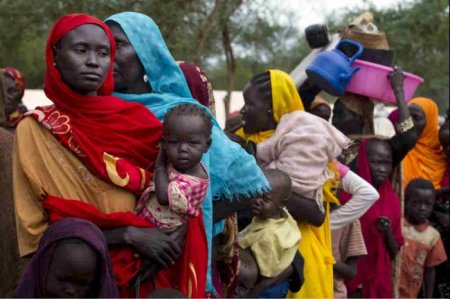 Sexual Health What Causes Low Sex Drive In Women And How Can You Increase It? – Women’s Health