For Sale - One Bedroom Executive Flat - Lagos (NGN37m)
✅ NEW - car park, swimming pool, 24 hours light/security and more.
Ad
In a referendum on Friday, Scotland rejected Independence in a move that keeps the United Kingdom whole but causes a major transfer of powers away from London.

In spite of the clamor in the final fortnight of the campaign, the final votes ended at 55.30%/44.70%, with the 'no' votes carrying the higher percentage.

The turnout was a record 84.6%, the highest ever for a Britain election.

Those in favor of the 'no' campaign were elated. British Prime Minister David Cameron said he was 'delighted', adding that “It would have broken my heart to see our United Kingdom come to an end.”

Some of the "Yes" campaigners were reduced to tears, and First Minister Alex Salmond urged them to take heart in the massive support - 1.6 million people - who were in favor if independence.

“I don’t think any of us, whenever we entered politics, would have thought such a thing to be either credible or possible,” he said to cheering supporters in Edinburgh. 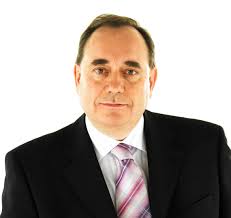