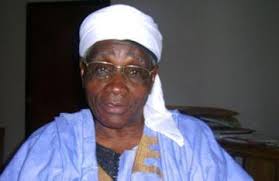 The NEF made the call after its two-day emergency meeting in Kano on Thursday. Ango Abdullahi, leader of the forum, and Paul Unongo, deputy leader, said the north is conscious of its obligations and rights and will not hesitate to discharge and defend them without reservations; THE CABLE reports.

“The forum expresses its full support for Acting President Osinbajo and urges him to exercise responsibility, as he did in the past, with commitment, sensitivity and respect for the constitution,” a communique issued after the meeting read.

“We urge him to ignore mischief which seeks to pitch him against the president or the Nigerian people whose mandates they both exercise.”

“Buhari has confronted the issue that has been disturbing us by tackling the insurgency which had caused a lot of havoc in the region especially the three states of Borno, Yobe and Adamawa,” the communique read.
K

What about issue of Economy?
Y

What about the issue of his health
D

What about d current inflation in the county. Beta make una head correct

Its obvious you guys have similar brain with bubu.

E
World Presidency fires back at Northern Elders Forum over verdict on Buhari, says it is a "quasi-organization with no credible membership" - LIB