Curators
FREE Nigerian Business Directory
✅ NEW - get your business listed and your information shared across social media.
Ad
The National Open University (NOUN) has announced that inmates in Nigerian prisons will no longer pay tuition fess in the school. 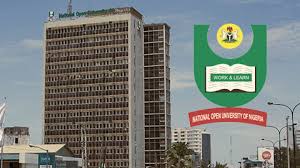 The Vice-Chancellor of NOUN, Abdalla Adamu, said the decision to waive the tuition fees for the prisoners was the university’s quest to fulfil its corporate social responsibility as well as shortage of sponsorship offers for inmates.

Professor Adamu spoke at the formal presentation of certificate to Albert Ajogbor, a NOUN student at the Maximum Security Prison, Kirikiri, in Lagos, who earned a B.A. (Hons) in Christian Theology.

Mr. Adamu pointed out that the decision was in line with the university’s vision of providing highly accessible and enhanced education anchored on social justice, equity, equality and national cohesion through comprehensive reach that transcends all barriers.

NOUN had recently offered full scholarship to all prisoners undertaking degree programmes in the university.

At the short ceremony held in Kirikiri Prison, the vice-chancellor, who was represented by the Director of NOUN’s Learner Support Services, Prof. Nebath Tanglang, expressed delight over Mr. Ajogbor’s feat despite the fact that he was being incarcerated.

Also speaking, the Controller of Prisons, Lagos Command, Timothy Tinuonye, noted that NOUN’s initiative was a booster to the Nigeria Prison Service’s task of reformation of the inmates.

He disclosed that there were over 70 inmates studying for various NOUN programmes in the three prisons in the state but that the number would rise because of the tuition-free policy.